I filed my taxes myself! 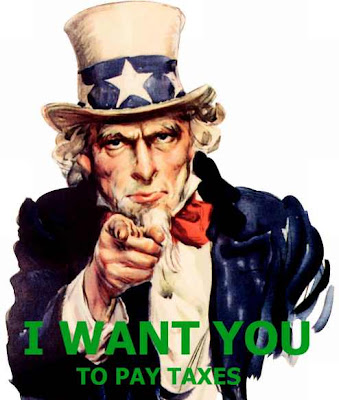 You see, my dad is a CPA and my mom is a doer.  So my college years my mom did my taxes, and after that my dad did them.  My taxes are simple (except for the years I worked in two states) and neither one of them ever gave me the impression that this was a big chore for them.  My mom was already doing her more complicated taxes anyway, and my dad was already doing hundreds of people's taxes anyway.

But this year my dad got a new job as the Treasurer for his town.  And he was still going to do the taxes of a lot of his clients in addition to that this year.  He didn't want to pass them off to someone else in his old company.  And two other things happened.  Mr. Renaissance, who does his own more complicated taxes, said we could do them ourselves really easily.  And I thought, "hmmm, maybe I could save my dad a few minutes from work this year."  I also asked Mr. Renaissance, "By 'ourselves' you mean you do them while I hang out nearby?  Cause I don't want to do my taxes".  I'm in my early thirties and have never done anything more than collect all the appropriate documents, send a fax, and sign on the post-it-noted line.  And this has felt like a little amazing luxury that I do not want to give up.  "I don't do my taxes" is now a small part of my identity.  If I don't want to burden my dad with it, and Mr. Renaissance isn't straight up offering to do it, I'm going straight to a professional.  That's how much I'm invested in this.

Anyway, this weekend Mr. Renaissance filed my taxes (after a few calls to my dad for details from last year).  I was somewhere nearby cleaning the house or doing laundry or feeding the dogs.  All I did was collect my documents and provide my identifying information, and still I got frustrated with the process.  Whatever.

But I'm getting money back (like always!) and my self-identity was left undisturbed.  A win-win.
Posted by Eliska at 8:30 AM

PS can J do my taxes too?

I mean it's not hard

But I don't wanna

If you clean his house he might. I mean, that's what I was doing! :)

I JUST DID IT AN I AM A TAX GENIUS

will you clean my house? I'll do your taxes.

Aww, you almost had me there! I nearly congratulated you for filing your taxes yourself! Don’t get me wrong though – it’s okay that you didn’t! Taxes aren’t exactly easy things to deal with, so having someone else do them and file them for you is totally understandable. That’s why there are companies for that sort of thing after all.

Hah, I’m in a very similar boat! I’ve never done my taxes myself. I just don’t want to make a mistake that could prove highly detrimental. That’s why I’ve always hired a CPA to do all my accounting, including my taxes. They’re best equipped for that sort of thing, and they also save me a lot of time to do other important stuff. I’ve got complete faith in my CPA, and he hasn’t let me down ever!

You're so lucky to have such parents. In my case, I’m the one who’s handling my taxes. It was a struggle when I pay my own taxes since I didn’t know if I have the right amount of cash with me. Luckily, I learned from my past experience that I can pay the full amount due by monthly installment payments.