I just bought my first new country album in oh, about 15 years.  It all started with this clip of Blake Shelton on Jimmy Fallon...

So a) that's hilarious.  b) adorable all around. c) best version of that song I evah heard. d) Blake Shelton has a voice you just want to roll around in, kind of like George Strait. e) Not bad to look at either.  Serious crush developed in 2.5 seconds.

So I bought his album, Red River Blue.  I'm lovin' it!  It's kind of like the 90's alt-country I love.  Except he sings a lot more about sex and weed.  Which is funny.  Country singers can do that now?

I have a soft spot for this song (for obvious reasons).

Also, if you want to check out his twitter feed for a second, you'll probably understand all that's wrong with my dating life in terms of who I'm attracted to usually being bad, bad choices.
Posted by Eliska at 11:08 AM No comments:

Heard the other day on TBTL.

I sure wish I had preferences on things

Mmmmmm, Häagen Dazs raspberry sorbet.  I bought some today.  But instead of this... 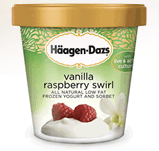 I knew it was a mistake at the time, even while thinking it was a good idea.  The vanilla just tempers the raspberry punch in the face too much.

Because here's the thing.  Häagen Dazs raspberry sorbet is awesome.  And apparently it will always taste like Europe to me.  Even over a decade later.  I don't quite remember which time it was, but it was definitely the first or second time I went to Europe that I tried it for the first time.  And I was hooked (did I mention this stuff is awesome?).  I must have eaten a ridiculous amount.  So excuse me vanilla frozen yogurt, get the eff off my sorbet.


I've got the same effect with Häagen Dazs Bailey's Irish Cream ice cream (reminds me of Oregon in the summer) and Ben and Jerry's New York Super Fudge Chunk (late nights of waiting tables), but to a much, much, much smaller degree. 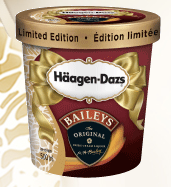 So get yourself some Häagen Dazs raspberry sorbet.  It tastes like Europe.  Results may vary.
Now I need to get my hands on this stuff... 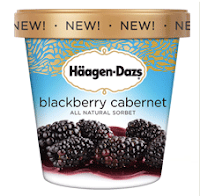 Posted by Eliska at 8:19 PM No comments:

That stuff amazes me every time.  I used to think Epsom salts were stupid, could not possibly work, and had to be some sort of old wives' tale.  Turns out they work because of science and cells and chemistry and stuff, but it always feels to me like pure magic. 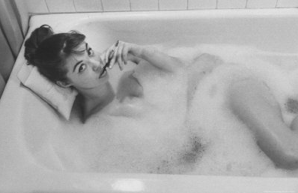 That wasn't worth the lip gloss.

Match date #4.  Doesn't quite look like his pictures - his pics were definitely a few years younger and 20 pounds lighter.  I knew within the first 30 seconds that this was going nowhere.  And he had that Chicago attitude of 'everything kind of sucks until proven otherwise'.  I was so uninterested that I made the decision to have pigs in a blanket and baked beans at home rather than order dinner and extend our time together.  HOT DOGS!  What I'm saying is I chose hot dogs!

Free beer.  That's the positive I guess.
Posted by Eliska at 9:03 PM 2 comments:

That one holiday in July

Anyone still interested in what I did for the Fourth of July weekend?  No?  Okay then.  I'm telling you anyway.
It involved a drag/burlesque/cabaret show on Friday, "Freedom Fantasia", from the makers of my new favorite Christmas tradition, "Homo for the Holidays". It was irreverent, fun, smart, and sassy!  Yeah, I said "sassy".
Then on Saturday The Violent Offender and I went paddleboarding in Lake Washington.  It. was. awesome.  Beautiful day, clear skies, warmish water, mountain and city views all while rowing yourself along on a giant surfboard.  Pretty cool.  That was followed by a BBQ at The Violent Offender's house.  It was fun and the food was yummy!  The Violent Offender makes a MEAN pie.  I'm serious.  My grandmother who passed away when I was 5 made an amazing strawberry-rhubarb pie.  No one has the recipe.  We are all super sad about it.  But The Violent Offender made a strawberry-rhubarb pie and that was it.  She did it.  She made the pie I've been waiting nearly 30 years to eat again.
Bubba and his new friend Gizmo (if by friend we understand this to mean someone with whom one has an intense [and literal] pissing contest with) tried to yoink some.
They were not successful.
Sunday Tina Turnher and her lady and I took the dogs to Discovery Park for a little hike.  It was beautiful.
Here he is needing a little person-time.  He wasn't so sure about that wet sand. 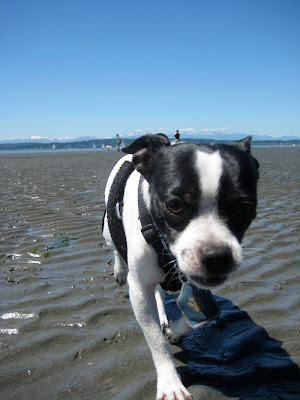 Bubba, the one who hates water, actually ran ankles deep through the puddley parts of the Sound.  And then proceeded to run like a maniac.


Monday we just had a little low-key day.  Read some books, watched some movies, made some food.  And when the fireworks started and someone needed a little more cuddle time than usual, I was happy to oblige.