We've got some new creatures at the house.


Well, they're not exactly new.  Mr. Renaissance has had them since this spring, but they finally got moved over to our rental house.

There are three, and the little one is not only quite little, but pretty much lacking any survival skills.  She got here all muddy because the other chickens were pinning her down and picking on her and Mr. Renaissance decided she needed a bath.  In the kitchen sink. 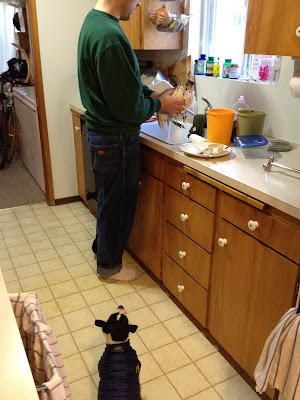 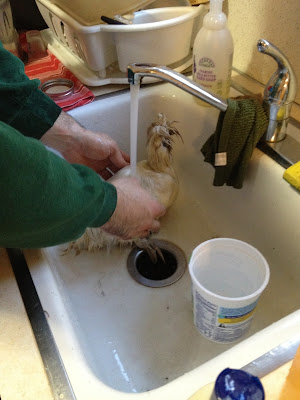 She came out of the bath with her feathers all floofy and unable to see through them.  So then I had to give her a ponytail on the top of her head so she can see.  Then she finally started eating the food that was right in front of her.

We also decided she shouldn't be let back outside all wet from her bath.  So she stayed inside the first night in a plastic bin on the freezer.

Bubba was quite interested in this chicken during the whole process.  He was dying to get his teeth around her neck.  The other two chickens, he doesn't care about at all; they're as big as he is and he knows a losing battle when he sees it.  But the little one... yoinks.  He tried so hard to get his paws on that one.

He stared at Mr. Renaissance during the chicken bath portion of the evening, then stared at the top of the freezer when she was put up there for the night.  You could see his little wheels turning, trying to figure out how to get to her.

Bam!  Smart little bugger.
So then we moved the chicken bin so that it was in the way of his landing spot on the freezer.  I wanted to see him get all frustrated and think it through...
If you're going to frustrate him you better let him win.  Sometimes living with a dog is like living with a Muppet.  It's awesome.
Posted by Eliska at 3:00 PM 2 comments:

How to glam up a rainy day. 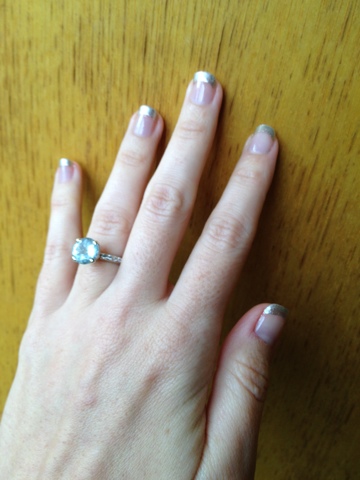 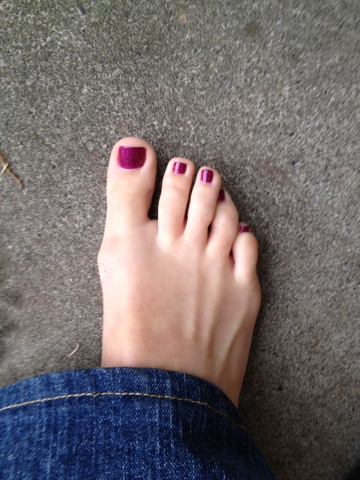